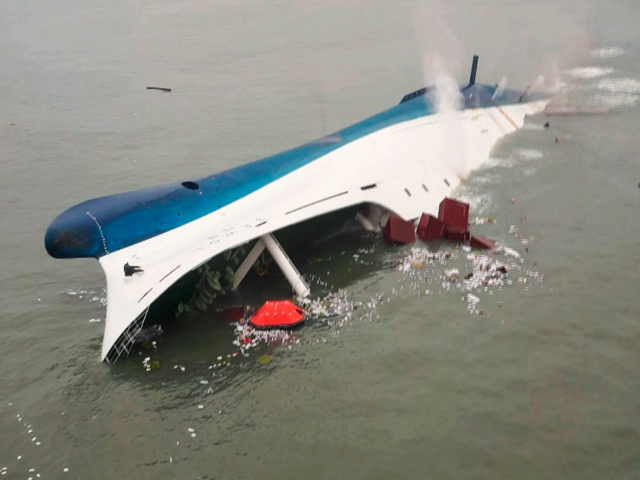 The four-deck cruiser, christened the Eastern Star, was hit by a freak tornado on the Yangtze River on June 1. The vessel overturned in about a minute only a few dozen meters from the riverbank, leaving an estimated 442 dead or missing, mostly between the ages of 50 and 80. Just 14 people – including the ship’s captain and first engineer – survived.

China has assembled a 60-member team to investigate the incident, which marks of one of the country’s worst shipping disasters in nearly 70 years.

For insurance companies covering the ship and cruise line, the tragedy will mean a sizable payout. According to a conference held by the China Insurance Regulatory Commission Thursday, insurance companies underwrote 340 contracts for parties involved in the incident that live up to requirements for claims. That includes shipowners, travel agencies, passengers and crew members.

The ship itself, which was owned by the Chongqing Eastern Shipping Corporation, was insured for about 15.7 million yuan by the People’s Insurance Company of China.

Despite the scale of the tragedy and timing – the news comes one year after the sinking of a ferry in South Korea that killed 304 people on board, including teenagers on a school trip – the incident is not expected to have much impact on the insurance market or the risk profile for cruise ships.

Affected Chinese insurance carriers rushed to the site of the disaster as divers searched for missing people.

“We have set up emergency leadership groups, rapidly implemented emergency response measures and set small teams who have already rushed to the site,” PICC told Reuters.

Ping An Insurance Group Co. of China and China Life Insurance Co. also sent in emergency response teams and had claims teams on-site to work with clients.  Ping An said it has already identified multiple life insurance customers on board the cruise ship and have contacted family members to cover travel and accommodation costs.